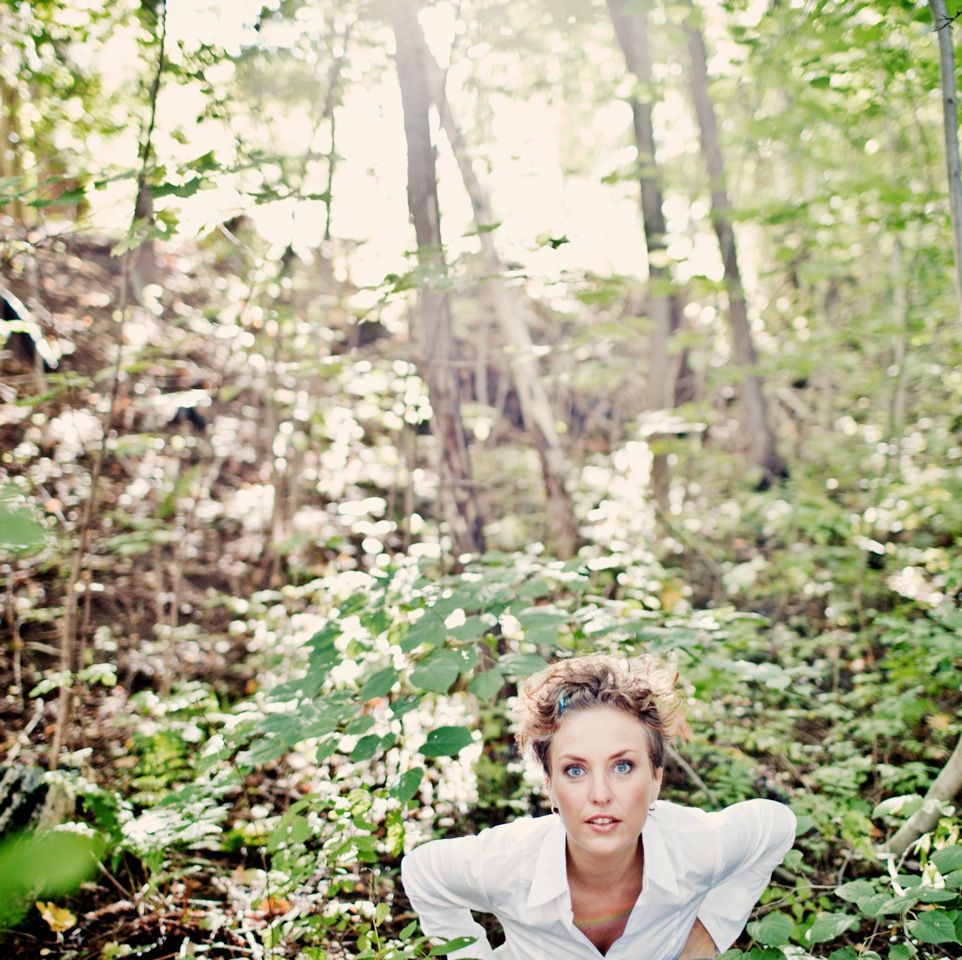 Beate S. Lech, last heard on Jazzland Recordings in the unique offering, "Go' Natt", clearly has been busy, not only in writing and recording this, the 5th Beady Belle album, but in doing something - that indefinable something - that somehow manages to make her better than before. Her voice, that truly incredible voice that so impressed fans and critics alike on the group's previous outing, "Belvedere", has become more refined, more resonant, more seductive - more of everything good, in fact. Her range and tone is impeccable, and that honey-smooth voice is infused with smouldering emotional heat. She could sing you the biggest lie you ever heard, and your heart would want to believe every word of it.

"At Welding Bridge" presents melodically mature music, understated yet powerful stuff, bearing more fruit with each listen. Nothing overstays its welcome; nothing intrudes where it doesn't belong. Hooks abound, yet are never pushed to the point of distraction from the rest of the song. This is assured song writing, a rare commodity in our modern home studio and strict four-four looping culture. The songs live and breathe, each endowed with more character than many artists manage to convey in a whole album.
The majority of "At Welding Bridge" takes many of the musical conventions of country music, sets up expectation of the predictable country course, only to jump sideways into a purely urban cool jazz style, or have that vibe dissipate in a smoky haze of smooth soul cool ("The Storm", "Ambush"). But Beady Belle have never been purists: The stylistic juxtapositions are done with aplomb, never feeling bolted together, but instead are seamlessly blended, moving confidently across or simultaneously through different genres. The standard country instrumentation, particularly the guitars, shares a common ancestry with the LA sound of the seventies, while the more C&W arrangements echo Ennio Morricone's approach to the genre ("Walk on Air", "Apple (Interlude)"). But this isn't derivative - this is 21st century song writing, speaking to the 21st century heart.

Beady Belle's approach has been one of steadfast commitment to their sound, gradually evolving, coaxing new elements to blossom that had previously only been hinted at, augmenting it with new elements, creating a consistently strong body of music, each step more confident than the last. To compare this album with "Home", it is easy to hear just how much ground they have covered in just 9 years. Just like its predecessors, "At Welding Bridge" is shot through with genuine warmth, heart, and - yes! - soul. Pure soul! Prepare to be seduced again!